How to power your Barndominium with renewable energy Our planet is in the clutches of some never before seen; profoundly serious and substantial environmental changes. I’m talking about changes that directly impact our lives and lives of the people we care about. With global warming not showing any signs of slowing down anytime soon, we have to change our behaviors and habits. We are a nation of excess, the rate at which we waste energy and water is mind-boggling. The responsibility has been left to each and every person to do what we can in order to minimize our carbon footprint while we are living. If not for us specifically, then for the lives and the health of future populations.

Recently, my mind began to consider different ways that I could apply alternative energy sources to power my barndominium. The goal was to power my barndominium solely on renewable energy. I questioned if that was even a realistic goal. What is renewable energy exactly? Well, there’s a bunch of different types and ways to achieve renewable energy but put simply, you’re looking for energy that is gathered and collected from a natural resource that replenishes itself in a relatively short period of time, allowing you to store and draw from that energy consistently and theoretically never run out of power. Solar power is by far the most popular and also a mass implemented form of renewable energy being used in the residential construction market today. Solar power options have really stolen the show in the alternative energy market. Solar technology has come a long way in recent years by converting thermal heat and light captured with solar panels mounted towards the sun, into usable electricity, heat, and light. Just this year scientists from the Carbon Tracker Initiative determined that to power the whole planet on solar power alone, we would need a plot of land the size of Sweden, a measly 0.3% of land on the earth. This is an incredibly attractive source of free renewable energy that I could get in line with. Using solar will help regulate the use and overall price fluctuation of fossil fuels. The earth is blasted with approximately 176 petawatts (PW) of solar radiation directly to our atmosphere where 30% is immediately reflected by clouds and our protective ionosphere where the rest of the energy makes it to the surface and is absorbed by clouds, land, and water. Most of the population live in areas where this energy can be harnessed and taken advantage of at the tune of 3.5–7.0 kWh/m2 per day, this might not mean much at first glance but a standard home uses around 30KWH of energy per day. For every meter of solar panels, you can capture 3.5-7.0 kWH of energy, to achieve the 30kw you would only need an average of 6 3ftx3ft solar panels give or take. Granted there are factors such as cloud cover and geography to keep in mind, you can’t always get optimal power all the time. Although Solar energy is at the top of its game in innovation and technology there are other forms of renewable energy sources that are hot on their heels and poised to take its place. I would still consider solar power the most popular and worthy form of sustainable renewable energy. Hydroelectric energy isn’t something most people relate with new home construction and for the most part, they are probably right for thinking that way. Small-scale hydroelectric systems, until fairly recent, have been kind of obscure and not a historically popular choice for powering a home. With a population that is ever mindful of their carbon emissions, this is an extremely efficient and such a fantastic natural resource to be tapped into. A stream or river is required to be in fairly close proximity to the home for the use of a residential micro-hydro-electric system to generate power. If you are building your barndominium farther from the source of flowing water there are some options that involve pumping and diverting the flow of water with PVC pipes as a means of harnessing the power of the river from a significant distance away. Hydroelectric power can be considered the most simple to install and because the river never stops flowing, Hydroelectric power could be the most consistent form of energy your property has to offer. There are a few different types of hydropower systems, the most popular are turbine systems and waterwheel systems. Both are highly efficient and can generate ample energy to power a home on its own. Most people that want a turnkey, off-grid, and fully sustainable barndominium will usually have to couple two separate forms of power to collect enough renewable energy in your battery bank to power the whole house successfully and consistently 24/7. Low-flow, high head turbine systems are the most efficient hydroelectric systems to couple with a set of solar panels having and running both simultaneously will allow you to generate the most out of each system. Homebuilders are utterly amazed when they finally move in and realize they have little to no electricity bill to pay each month. Waterwheel systems are the oldest form of hydroelectric energy. Waterwheels were once used for grain mills by our ancestors, who knew all too well the importance of hydroelectric power and how to utilize it for everyday life. Windmills are beautiful to watch, mesmerizing almost, but I’ve never considered a windmill to be a functional source of renewable energy, but boy was I ever wrong! I’ve known that some progressive European countries have invested exceptionally large sums of capital into developing modern technologies for wind farms, solar farms and other renewable energy options, setting an example by urging other countries to jump on board and follow suit. Residential wind turbine systems are mostly used as a secondary form of power, playing a supportive role to the main source of power. A wind turbine can be wired directly into a traditional power grid so when the wind isn’t blowing, the traditional power grid can pick up the slack or you can use the collected energy saved in your battery bank. Windmills can also be easily adapted to work the same way in conjunction with solar or hydroelectric systems as it does with a traditional power source. Amazon is a fantastic resource for anyone in the market for a residential wind turbine. They have a vast selection to choose from, there are also many online discussion boards full of feedback and reviews from other builders that can be a particularly good source of information for beginners. Geothermal energy can be just as important as the other renewable resources we have mentioned. Geothermal energy is simply heat that comes from the ground. There are many different natural geological processes that can generate a great deal of radiant heat for us to capture. While there’s no direct way that I’m aware of to generate electricity from geothermal energy. You can most certainly take advantage of and implement geothermal radiant energy to heat and cool your entire barndominium as well as heat the water for your shower. An innovative company Climate Master use digitally operated heat pumps to heat and cool your barndominium, geothermally. This company offers multiple different residential systems. PEX tubing can be run through concrete floors allowing for the radiant geothermal heat to penetrate and warm the surface for a more pleasant walking experience in the home. I have also seen geothermal heating applied to the driveway to melt snow during harsh winters.

Nuclear-powered homes might sound like something straight out of a sci-fi novel but don’t be too quick to judge. Development in miniature nuclear reactors is a real thing thanks to Toshiba’s research and development in Japan. They have developed a miniature nuclear reactor 20ft long and 6ft wide that can fit in your basement, however talking your wife into a nuclear reactor in your basement might be a hard sell. Once powered, the reactor will generate 200kw and run on its own power. This application has the ability to turn the climate crisis on its head, allowing the earth much-needed time to recuperate from years of pollution and general disregard. The reactor core is powered by a liquid isotope called lithium-6 the reactor core is good for 40yrs of use only costing about .5 cents per kilowatt-hour. In comparison, this is about half of what a traditional power grid costs per kilowatt-hour. After the core runs out of energy a specialized disposal team will come and replace the reactor with a new one. You can get the jump forward on future technology today by installing a miniature nuclear reactor as your home’s source of renewable energy.

The big secret to running your home or barndominium on renewable energy is in compounding energy sources.

You can start by setting up a very effective solar panel system with a large battery bank to store and capture the energy. Now, it’s time to consider your secondary energy source. Depending on the region you live in, some options might be a more efficient option than others. If a creek runs through your property, harness the power of the flow of water as your secondary power source with hydroelectricity. If you live in a windy state such as Kansas or Missouri, consider wind-energy. Having multiple streams of energy seems to be the way to successfully power any barndominium with renewable energy.

Previous articleWhat is a barndominium?
Next articleWhy people are building Barndominiums 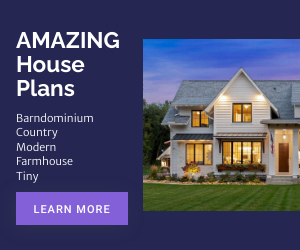 5 Economical ways to heat your Barndominium or shop house this winter!

Why ‘Barndominiums’ are overtaking Tiny homes in popularity

What is a barndominium and who’s building them

5 Economical ways to heat your Barndominium or shop house this...

Why ‘Barndominiums’ are overtaking Tiny homes in popularity

How to power your Barndominium with renewable energy

Sketch your own barndominium with Buildmax